Today’s environment, the world as seen currently, has been primarily shaped by the climate. Some climatic phases have systematically changed the face of the world. What is the impact of climate on human beings and their environment? Does climate change have only negative consequences? However, before tackling these issues, a key question needs to be answered; what is climate?

The term “climate” describes the average weather in a region. It is a statistical description of parameters such as precipitation (both the type and amount), temperature, air pressure, wind, humidity, cloud cover, and many other factors. The analysis of this data is based on average values recorded over several decades. This is usually a thirty-year time interval. Scientists mostly ignore small variations (e.g., by one degree). The values cannot be identical from year to year. However, they raise the alarm if the deviation becomes significant.

What is the Impact of Climate Change on Human Beings?

Climate imposes on living beings their rhythms of life. Suppose temperatures drop to 0 degrees in a tropical region, for example. In that case, the results will be catastrophic because the natives will not be prepared for these extreme conditions. Agriculture will suffer and with it the living conditions of the natives. In developed countries, it will be possible to compensate for the losses. But in poor and developing countries, the results will be catastrophic. Climate change may even lead to an exodus of locals.

To understand the significant impact of climate on living beings and their environment, one needs to remember that there was a time when the Sahara was covered with lush forests. Therefore, it is essential to focus on the climate change issue because this phenomenon is never local. When climate conditions change in one part of the planet, it always has a global repercussion.

Nowadays, scientists have a detailed understanding of climatic phenomena. It is more important to implement technologies to fight against rapid and destructive climate change. Also, to reach an optimal effect, efforts and knowledge need to be coordinated. Our site aims to contribute to this and help all those who feel concerned about this issue to unite their efforts. 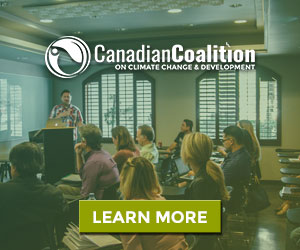